Introduction to Christian monastery libraries in the medieval world
During the Early Middle Ages, after the fall of the Western Roman Empire and before the rise of the large Western Christian monastery libraries beginning at Monte Cassino, Libraries were found in scattered places in the Christian Middle East, encompasses southwest Asia and Egypt. Members of monastic orders (monks) are usually celibate, and they live apart from society either in a community of monks or nuns or as a religious recluses.
In the Middle Ages, the Christian Monastery Libraries served as places of worship and learning and also played an important role for various European rulers. An early type of Buddhist monastery was called the Vihara which consisted of an open court surrounded by open cells with access through an entrance porch.

The Rule of St.Benedict
Saint Benedict, along with his wonderful works that made him famous, was evident for his teaching, where he wrote a rule for monks, significantly for prudence and rich instruction, The Rule of St. Benedict
The Rule of St Benedict was responsible for the standard layout of all the Benedictine monasteries. This model was copied and recopied many times for the use of generations of monks. In the Hexham Abbey, the night stairs let from the dormitory thought the south transept of the church so that the night office could be seen according to the rule. 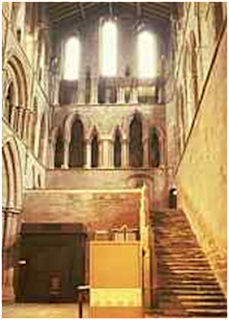 The Buildings – Monte Cassino
The Monte Cassino Monastry was founded by St. Benedict in 529AD. The Monte Cassino is a rocky hill about 130 km(80 miles) southeast of rome, Italy, It has had a troubled history, suffering from constant attacked, pillage and natural disaster, the recent beingduring World War II which resulted in major destruction of the buildings. It was rebuilt in 1944 using original plans and remains a working monastery. The Monte Cassino continues to be a popular tourist destination for its historical importance and attractive buildings. 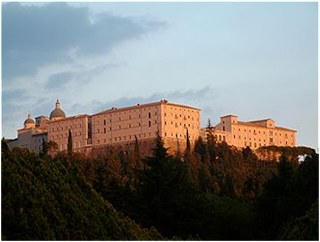 Rule of monks
The guidebook – Rule of Monks was influenced from the sixth century order of Saint Benedict.  The guidebook set out the principles and duties of the monastic community, informing their members to practice all things in moderation – eating. Religious devotion, fasting and also to read every day. The Rule of Monks required each monastery to have one book for every brother and recommended Benedictines never to be idle and to set aside specified periods for manual labour along with prayerful reading.  Mealtime was a time the monks were read aloud by a brother, sometimes narratives from the lives of the saints. 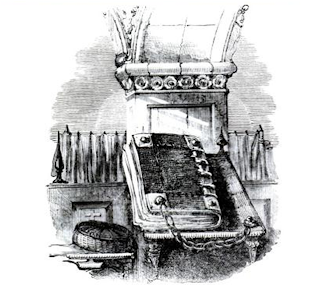 Monasteries in the middle ages
The monks, known as Benedictines not only read every day but wrote and were employed as scribes copying texts or translating Greek words into Latin.
Benedictine scriptoria (A room in a monastery set aside for the copying, writing, or illuminating of manuscripts and records) became the most productive of the middle ages, as their scattered monasteries industriously turned out copies of important titles – at first mostly theological.  Over the centuries the monks copied thousands of manuscripts and books including scriptures, stories and works of the church founders, psalters (versions of the book of psalms), missals ( Book of prayers or devotions), the gospels and writings of church leaders. 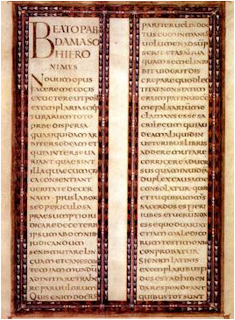 Most writings in this time were inscribed on wax tablets, which did not generally survive long. The wax tablet was an important writing medium in the middle ages. The panels were usually calved with a shallow reservoir into which beeswax was poured, once cooled, the beeswax made a soft surface so that letters could be inscribed with a sharp stylus. The panel which could be quickly erased with vigorous rubbing which was very convenient for the writer but far less for the historian, as no wax tablet literature survives.

The borrowers were often nobles, government officials, or individuals that were benefactors of the monastery library. This was as close to a public library as monastic libraries were ever going to become in this period.